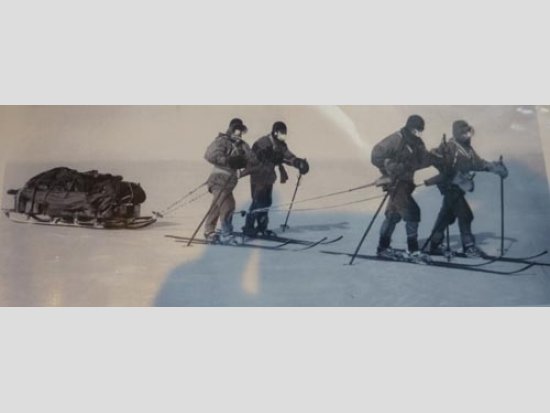 One hundred years ago on the 15th June 1910, Scott's ship "Terra Nova" set sail from Cardiff for the Antarctic. 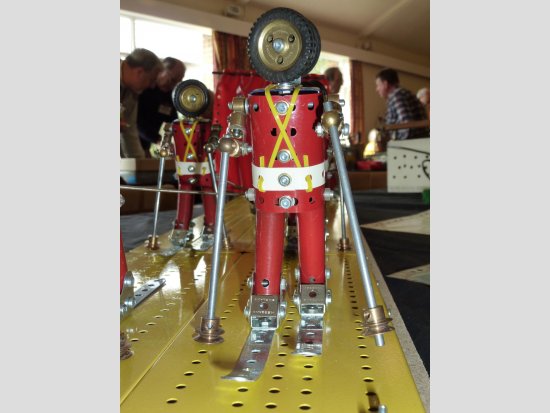 The model depicts the five man polar party comprising Scott, Wilson, Oates, Bowers and PO Evans. They reached the South Pole on the 18th January 1912, one month after the Norwegian Amundsen who used dogs. Bowers was a small man and the navigator of the party. He is depicted at the rear of the sledge reading the log which was used to measure the distance travelled each day.

All five perished on the return journey, PO Evans first, then Oates ("I'm just going outside and maybe some time") and then Scott Wilson and Bowers all together in their tent only eleven miles from "One Ton Depot" on or about 29th March 1912. 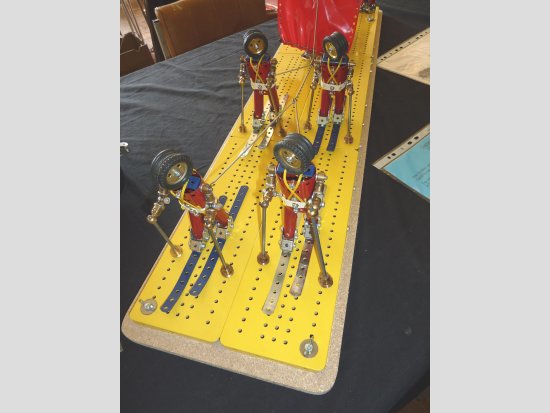 Although the expedition did use tractors, ponies and dogs to haul the sledges, it was agreed right from the outset that the final push for the pole would be accomplished by "man-hauling" with a four man team, increased at the last minute to five with the inclusion of Bowers. 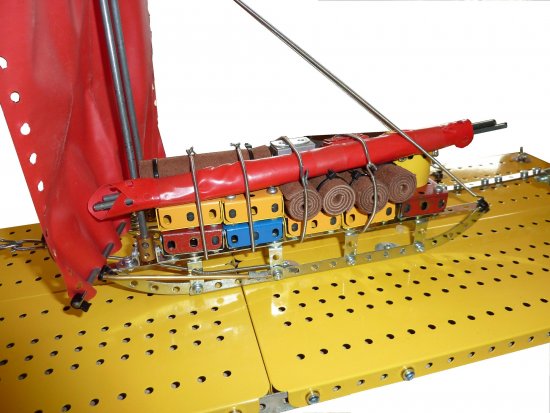 The improvised sail was made from the tent ground sheet rigged on spare bamboo poles. One variation employed a pair of skis lashed together to form the cross-tree. 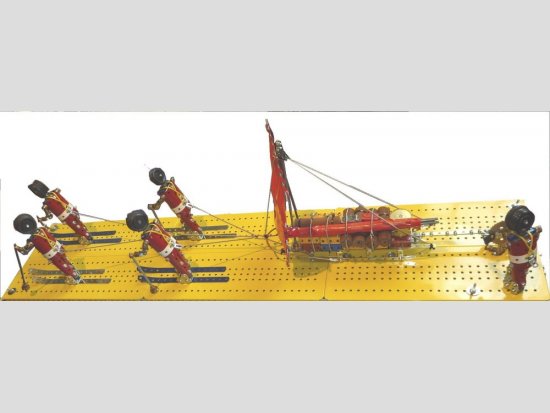