Pocket Meccano Sets of the 1970s 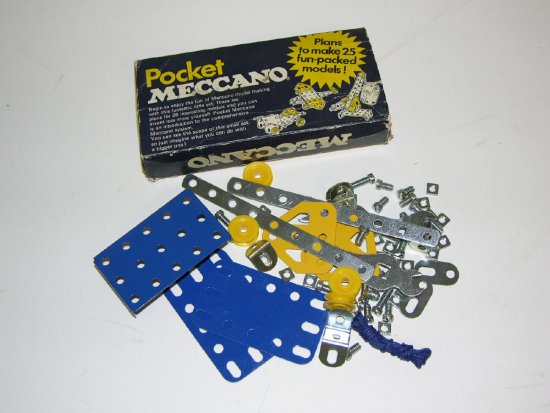 Recently I have been perusing The Meccano System, Vol. 6 in the Hornby Companion Series, by Bert Love and Jim Gamble, and got quite interested in Bert’s story about the ‘invention’ of the Pocket Meccano Sets in the early 1970s, and the reasoning behind them. I found the Instruction Leaflets for them on Remi’s website, and they seemed to offer quite a variety of 25 simple models, some very good, some not so. Following my nose, I dug around a little in the relevant Meccano Magazines, and came up with an interesting ‘thread’. 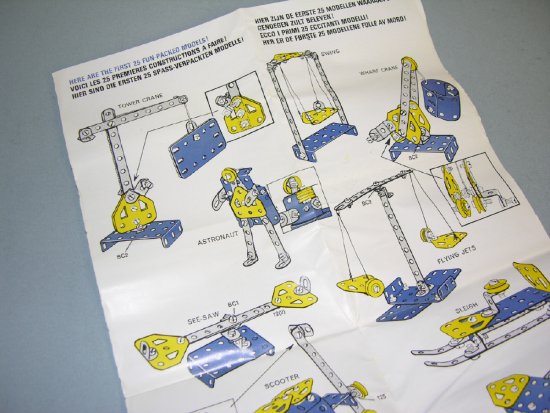 MM Competition
The MM issue for September 1971 also announced a competition for Pocket Meccano Set models, which was later claimed to be a ‘Staggering Success’, resulting in over 750 entries. The winners were listed in the MM for January 1972. Actual instructions for three of the winning models (even including ‘Parts Required’!) were given in that issue. Twelve more models were featured and described in later MMs – three each in February, March, July, and October of 1972. 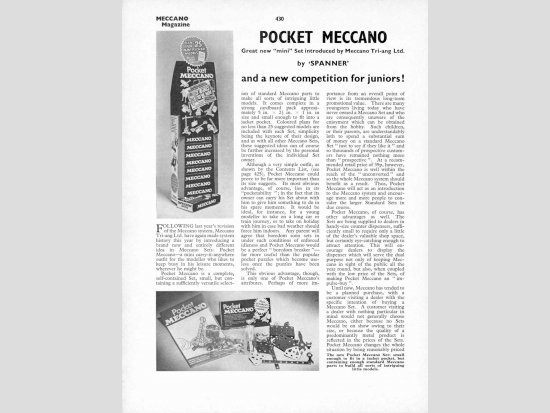 Second Competition
Following the popularity of the first competition, the MM announced a second one in July 1972. Dwindling circulation problems for the magazine resulted in delays, so the second competition winners were not published until April 1973 issue of the Meccano Magazine Quarterly. As before, instructions for two of the winning models were given in that issue but, as far as I can tell, no others were ever published. However, Roger Le Rolland’s Pocket Set model of Concorde was illustrated and described in the issue for April 1974.

Instruction Leaflet Models
Interestingly, in the new 1974 Pocket Set Instructions, 17 out of the 25 models illustrated were actual MM competition winners, though only one (a clever Letter Balance) was from the second, 1972, competition. (This seemed like a return to the early days of Meccano when reader’s models were eagerly incorporated into the Manuals, mostly without credit, I believe.) In the new Instructions only five were carried over unchanged from the 1971 Sets. Three others: a Moon Buggy, a Flash Camera, and a rather pathetic Bicycle may also have come from the competitions, but I have been unable to identify them in any of the photos of the winners. 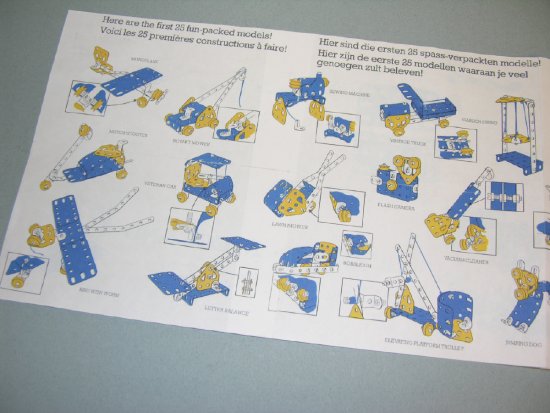 Bent Out of Shape
One of the unfortunate aspects of the Pocket Set models in the Instruction Leaflets, was that some of them called for extreme distortion of the Plastic Flex Plates or the Narrow Strips. Particularly bad examples of severe bending can be seen in the 1974 Cable Car and Bobsleigh. The Plates and Strips could be hardly be used again after making these models. Perhaps Meccano Ltd simply expected you to buy yet another Pocket Set, as they were so cheap! 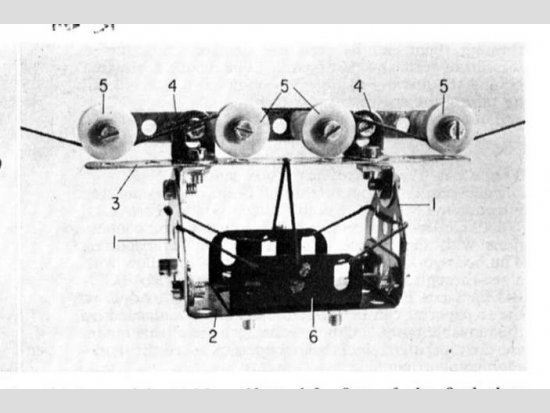 Minimal Meccano
In reality Pocket Meccano Sets only contained seven parts which could be called ‘constructional’ (plus four small pulleys), so the quality and ingenuity of some of the illustrated models are quite amazing. With so few parts at hand, it is quite a challenge to come up with anything which even looks sensible. But after all this research and study about Pocket Set models, I was determined to try to come up with some myself. After a bit of a struggle, I designed three – a Delta-wing Fighter, a Yard Crane, and an Aircraft Carrier. A fuller description, and more pictures of these, has been uploaded to my NZ Gallery. I am pleased (and relieved) to note that they are all quite different from any of the ones I have seen before. Who knows, perhaps Minimal Meccano will be the next Big Trend! 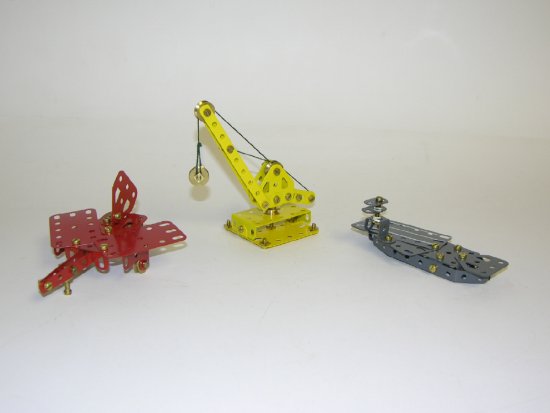 In the Meccano Wilderness of Idaho